Creation of a values based team manifesto – Partners4
17008
post-template-default,single,single-post,postid-17008,single-format-standard,bridge-core-2.9.5,qode-page-transition-enabled,ajax_fade,page_not_loaded,,qode-child-theme-ver-1.0.0,qode-theme-ver-27.9,qode-theme-bridge,disabled_footer_bottom,qode-wpml-enabled,wpb-js-composer js-comp-ver-6.7.0,vc_responsive 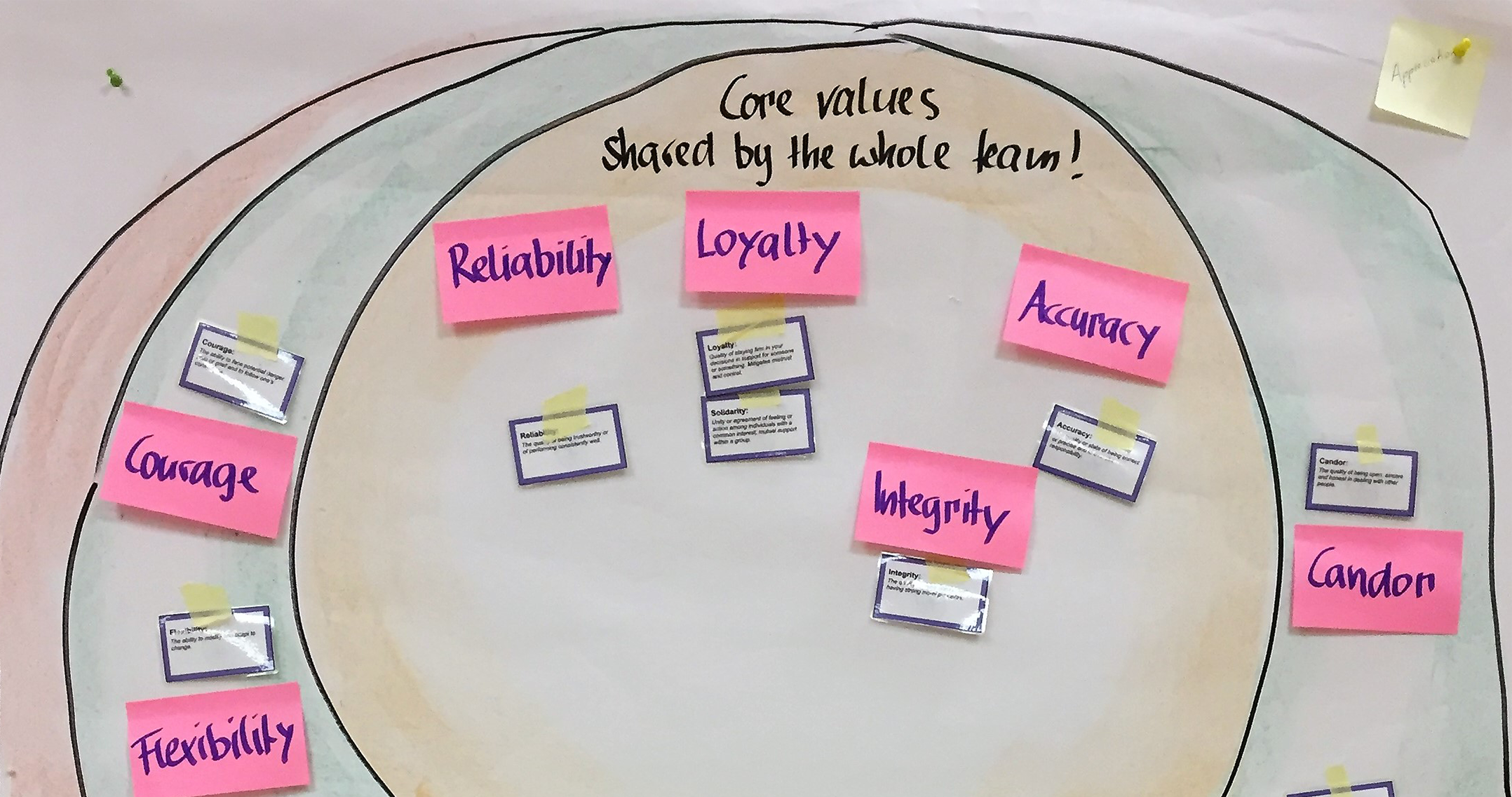 10 Nov Creation of a values based team manifesto

Posted at 09:00h in Organizational Development by Michaela Bristol-Faulhammer
Share

Case study on the application of the LJMap values ranking as a means to develop value-based principles of collaboration. The goal of the 2-day workshop was to develop a manifesto of guiding principles for a department of 40 people who were divided into 5 sub-teams and to enhance collaboration within and across teams.

The challenge was to identify the values of a large group without getting lost in discussions about relevant or irrelevant values. Hence, an online value ranking was designed prior to the workshop. Based on the collected data, it was possible to create individual and group maps that showed the various groups’ motivations and values.

In the workshop, group profiles were presented, which was followed by a short reflection round in which each sub-team worked on prioritizing the team’s motivational values and connecting them to specific behaviors in specific situations. Next, a “world café setting” enabled team members to negotiate the values on the interface with each sub-team. Only those values which were accepted unanimously remained. This allowed identifying the main motivational values of the entire department.

The second step was a facilitated discussion concerning values within each sub-team. The goal here was to identify values that caused stress or conflicts and use the discussion to facilitate creative problem solving. Thereby, team members became aware of their concerning values and the potential stress caused by their actions. Consequently, they were able to intentionally break such behavioral patterns.

In the third and last step, the motivational values of all sub-teams were aligned and visualized in a manifesto. The workshop ended with a signing ceremony where participants pledged a symbolic commitment to those principles.

Back in the office, the manifesto was hung on a wall and is now a constant reminder of the participants’ commitment to these principles. This manifests itself through applying the agreed principles in the day-to-day practice of the company.